This list will be updated by Jesse as new math terms make their way into Matter of Math’s lessons.

A branch of math that uses letters to show numbers that may change, depending on the situation.

A straight line that is approached by a curve, but never actually reached. 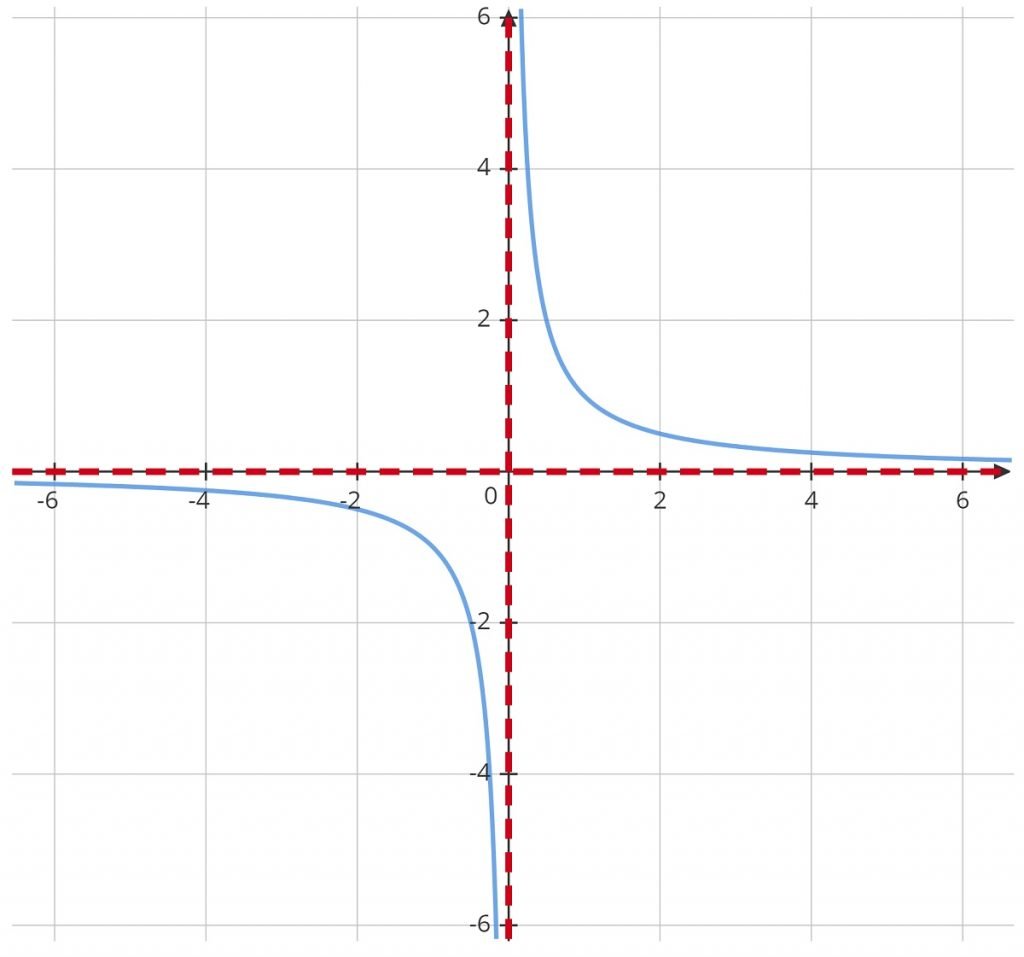 To divide a shape, line, or angle into two exactly equal parts.

There are 3 types of brackets that are used in math.

A set of one, two, or three values that show you the exact position of an object. 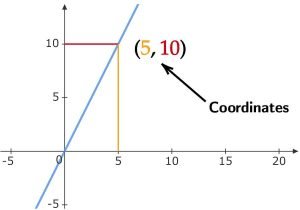 A 3-dimensional shape, with 6 square sides.

The result of multiplying a number by itself 3 times. The first 10 cube numbers are

A number that would be multiplied by itself 3 times (cubed) to make the number in question.

The decimal expansion of a number shows it in base 10. This often involves numbers after the decimal point, separating whole numbers (units, tens, hundreds, thousands, etc.) on the left from decimals (tenths, hundredths, thousandths, etc.) on the right.

Both the magnitude and direction of an object’s change in position.

The measurement of an object’s movement, without direction.

Simple mental math tricks that tell you if a number is divisible by another. Print the divisibility rules from 1 to 15 here.

The domain defines all the possible input values for a function.

The number that divides another exactly – without leaving a remainder. 2 divides 10 exactly, so 2 is a factor of 10.

A power, or index, that is a fraction with a numerator on the top (multiplier) and a denominator on the bottom (divisor).

A mathematical relationship between one or more variables, where each value in the input set relates to exactly one value in the output set. Functions can be one-to-one or many-to-one. 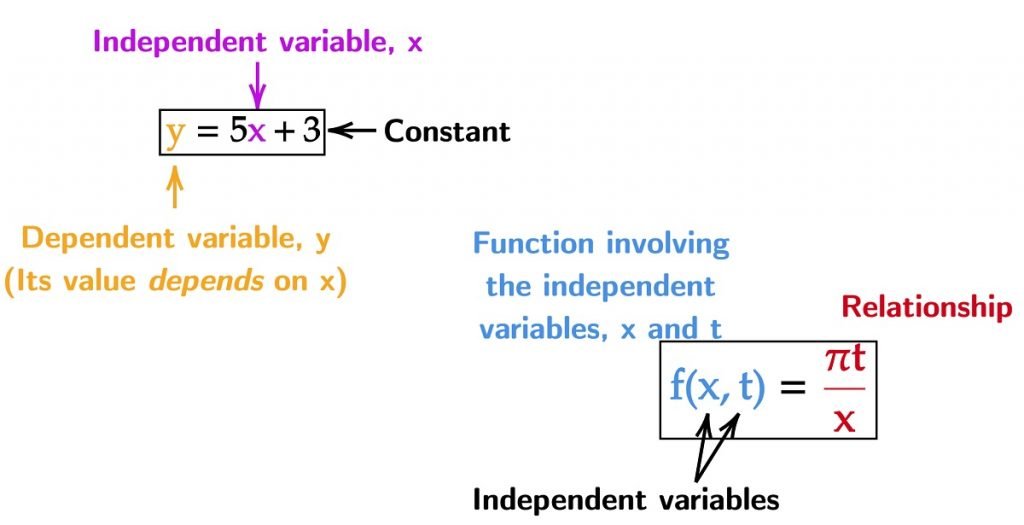 The longest side of a right-angle triangle. The side that is always opposite the right-angle.

The function inside the integral. 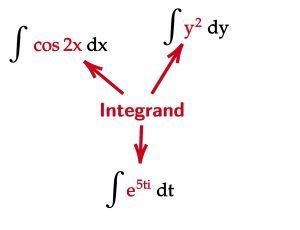 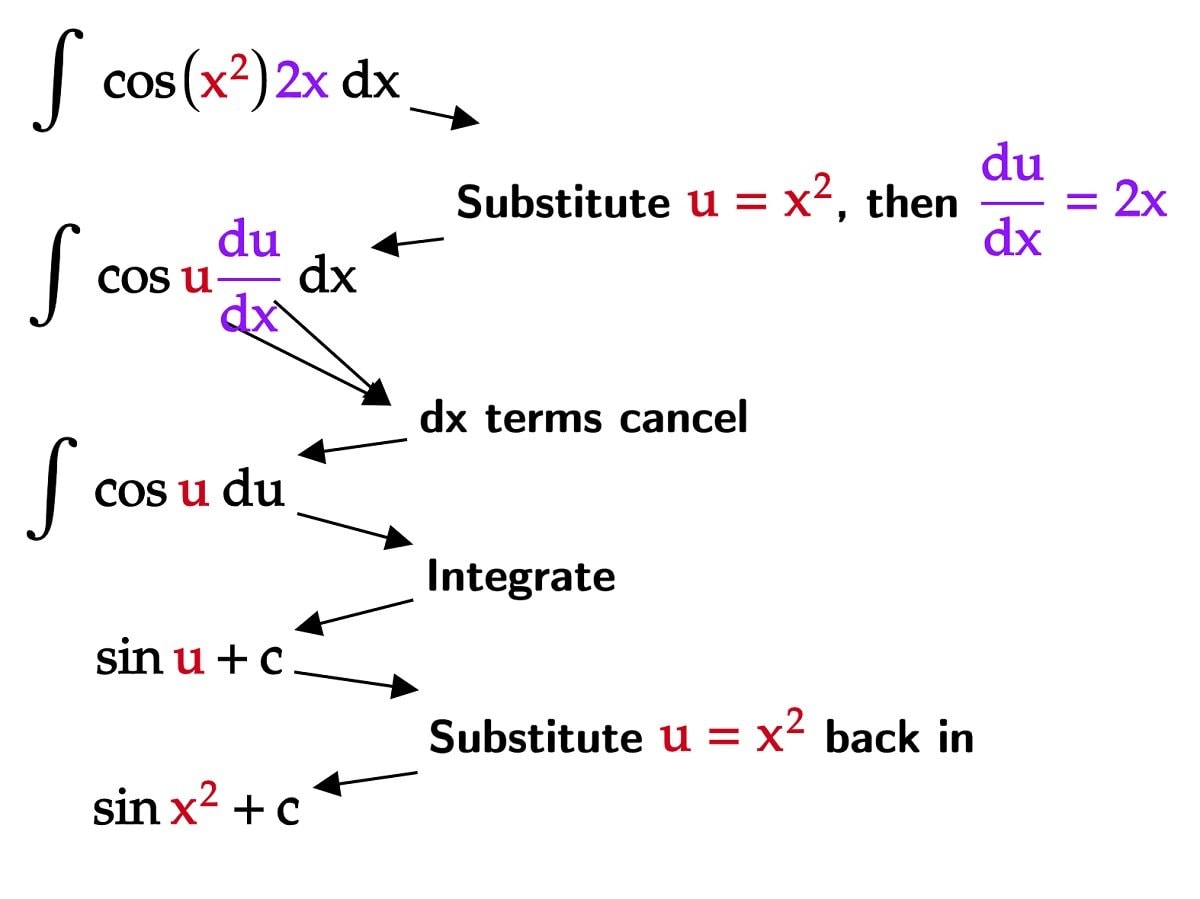 Integration by parts uses an easy-to-integrate function (\(g’\)) to break down a more complex function into smaller parts that can be integrated bit by bit, like this:

For a more detailed explanation, see Integration by Parts.

A process that is repeated on the value last found by itself. Numerical analysis often uses many iterations to build a close approximation.

Another term for size.

A number that is less than zero.

A math tool that calculates an approximation of a problem.

A function is one-to-one if every input value gives one and only one output value. If it is one-to-one, then it has an inverse function. 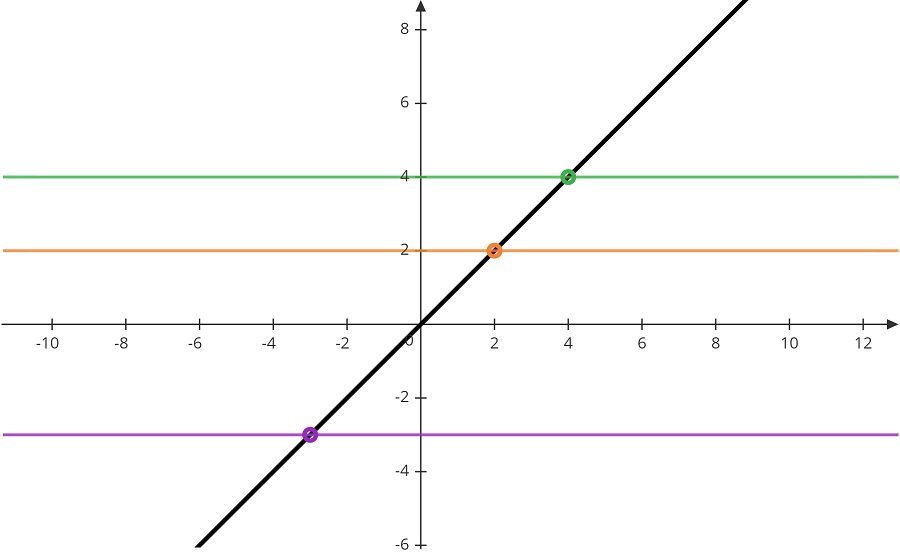 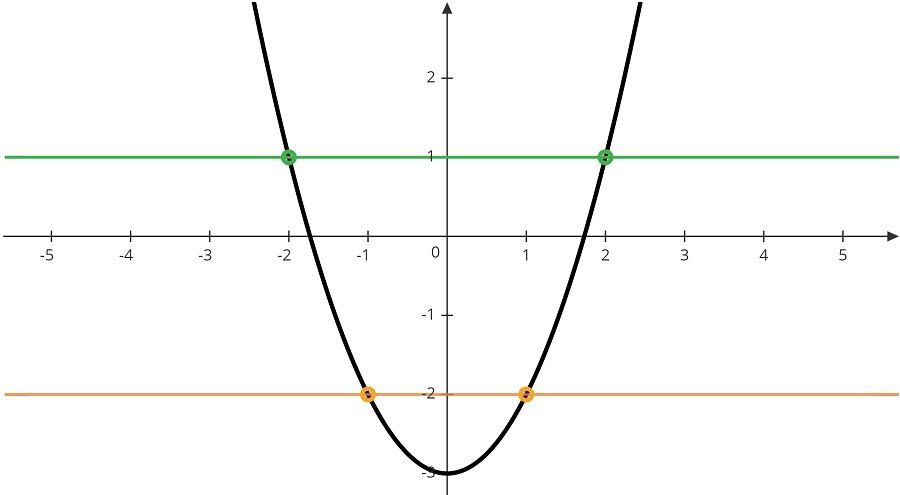 A differential equation with only one independent variable.

A regular, rhythmic movement back and forth around a central point (the rest, or equilibrium).

A parabola is a symmetrical curve made by slicing down the side of a cone. The orange curves show the parabolas made by the plane \(x=-1.3\) intersects the double cone \(z^2=x^2+y^2\). 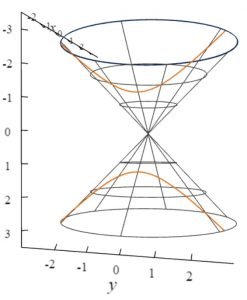 The unique combination of prime numbers that multiply together to make a number. Every number has its own prime factorization.

What makes radians special is this: An arc with an angle of 1 radian will have a radius (side length) that is the same as the arc length. A full circle has 2π radians, so 2π=360°.

Refers to a number that uses the radical symbol, √, to show a fractional exponent or root.

The number or function inside the radical symbol, √.

Any left-over after dividing one whole number by another. This is given as a whole number and not a decimal or fraction. So, for 14÷4, the answer would be 2 remainder 2, because 4 goes into 12 three times and there is 2 left-over.

A measurement that only includes magnitude (size).

A list or arrangement of numbers in a special order. The order must be able to be written as an equation. For example

For each term, replace the k in the square brackets with k=0, k=1, k=2, etc, up to k=6 for the first set and keep going infinitely for the second.

This would most often be written using a radical, like this:

A number that is not rational, and a radical (√) is needed to express it.

\(\sqrt2\) uses a radical and cannot be simplified, so it is a surd.

\(\sqrt4\) represents the rational number 2 so, even though it uses a radical, it is not a surd.

A sliding movement of an object or shape with no stretching, squashing, rotation, or flipping. 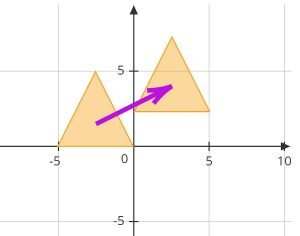 A measurement that had both size and direction.