This lesson will give you the definition of the angle addition postulate, visual examples, and explanations and how it is used.

Angles can be found everywhere – the hands of a clock, wheels, pyramids and most importantly in design and construction of architecture, such as roads and buildings.

Once you’re confident in the basics of angles and how the postulate works, you will be able to work through the practice questions at the end of this lesson.

The Angle Addition Postulate: A Definition

So, if you place two angles side by side, they are adjacent. Then the new angle made by both together is the sum of the two original angles.

You can picture this using two arrowheads. 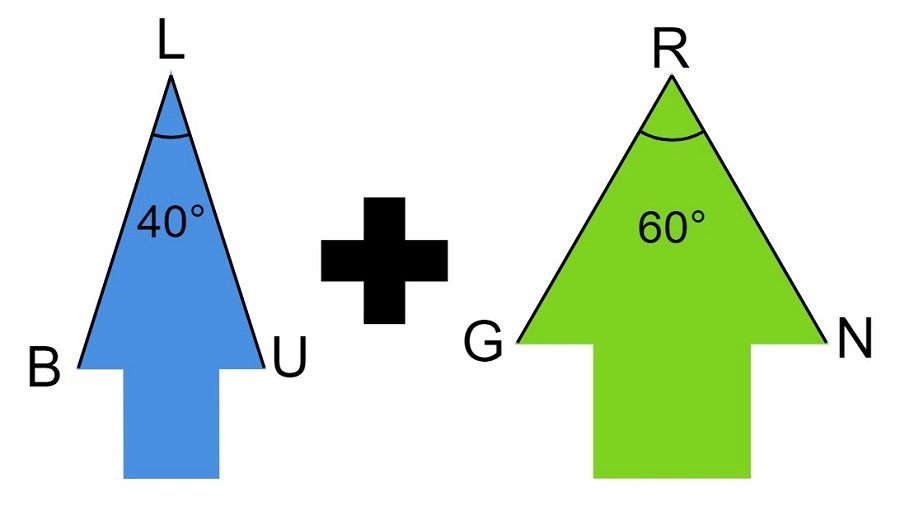 The blue arrowhead has sides BL and UL, so the vertex is L. The tip of the arrow forms the angle ∠BLU which measures 40°.

The green arrowhead has sides GR and NR, so the vertex is R. These three points create ∠GRN which measures 60°. 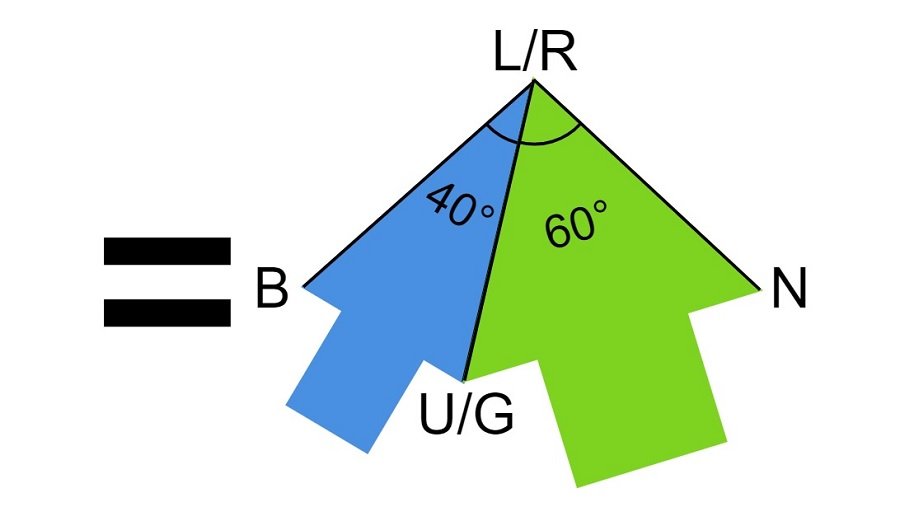 By placing the two arrowheads side by side so that the points L and R join, and the points U and G join, a pair of adjacent angles has been made. 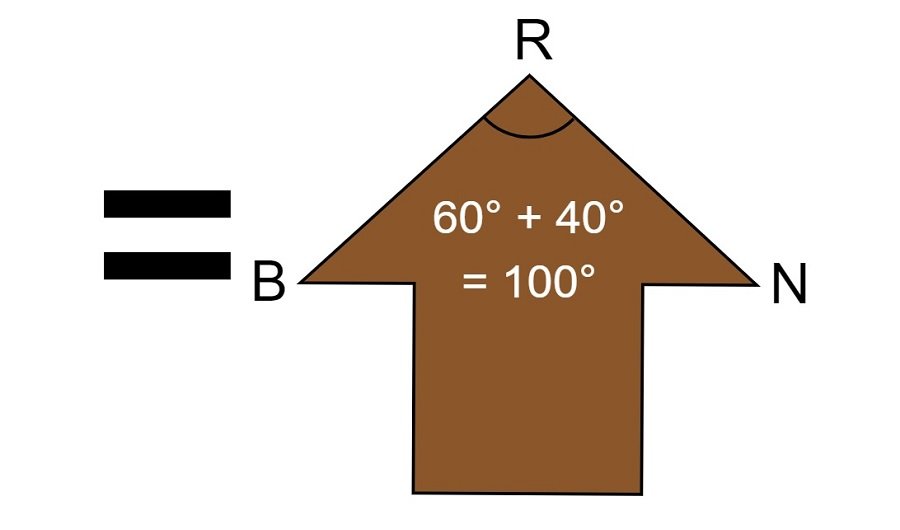 This has created a new angle measured from side B to N. This is angle ∠BRN.

So in this case…

Here’s a fun tool to play around with and explore how changing the size of two adjacent angles affects the measure of the resulting angle.

You will find that changing points A, D, or C will affect the resulting angle it makes, without affecting the adjacent angle.

However— notice how the resulting angle changes? This is because it is the sum of the two adjacent angles.

Now you know how the postulate works, let’s work through an example and calculate the resulting angle. 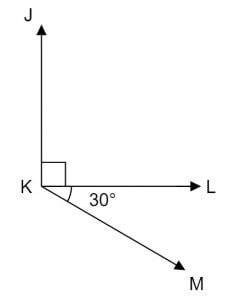 As you can see these angles share the same side KL, so they are adjacent.

Now you know how the postulate works, you must know how it can be used in real life.

There are many applications of the postulate, especially in architecture and engineering.

Roof trusses are beams of timber organized in triangles in the roofs of buildings.

It is important the angles in each triangle are measured correctly, as roof trusses provide support for a roof. 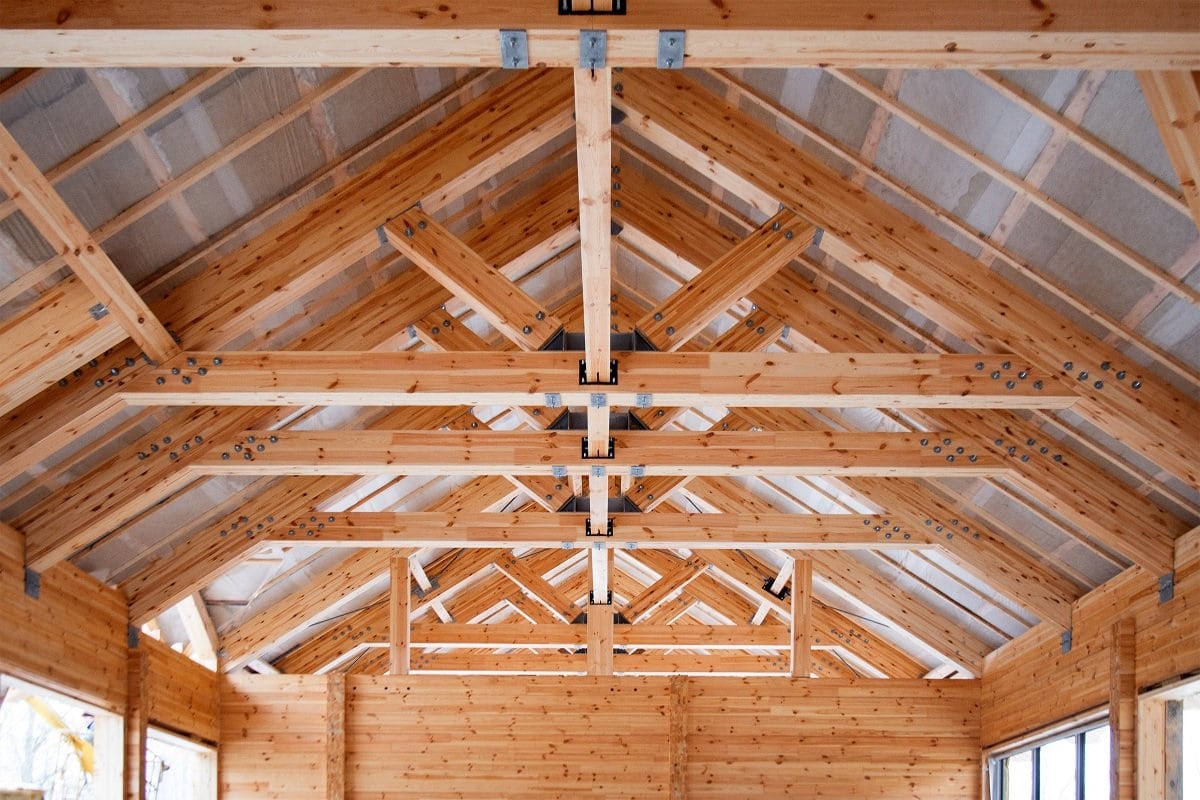 The same idea also applies to bridges. Some bridges have cables connected to bridges at angles from the bridge floor to towers.

These cables placed at specific angles support the bridge’s structure by sharing the weight of the bridge evenly across its supports.

Another Postulate: The Segment Addition

The Segment Addition Postulate is similar to the angle addition postulate, but you are working with line segments instead of adjacent angles.

If the point B is between A and C on a line segment, then:

To keep it simple, you can add connected line segments in the same way you can add adjacent angles!

Thank you to Lamee Storage for the video.

Use the postulate, substitute the values that we know, and do a little rearranging:

Now you have found x, substitute this into the formula for AB which is 2x.

Please don’t try and use a protractor to find the angles. Not only will you miss out on the valuable practice, but you’ll get the answer wrong… because they’re not drawn accurately! 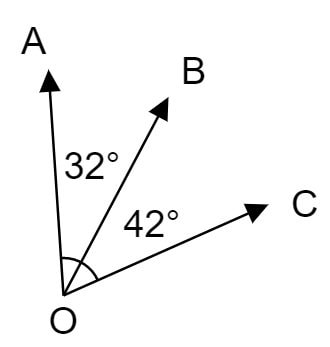 Using the postulate, form the equation 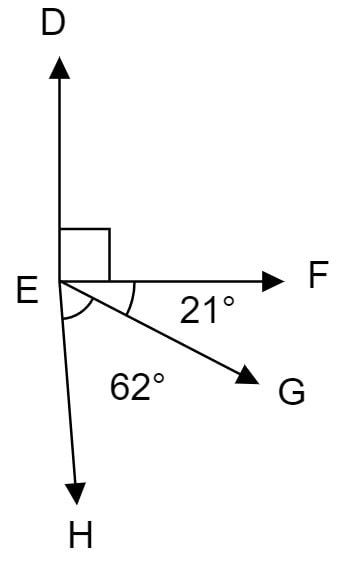 Write out the postulate.

Using the fact that ∠DEF is a right angle, calculate the sum of the 3 adjacent angles. 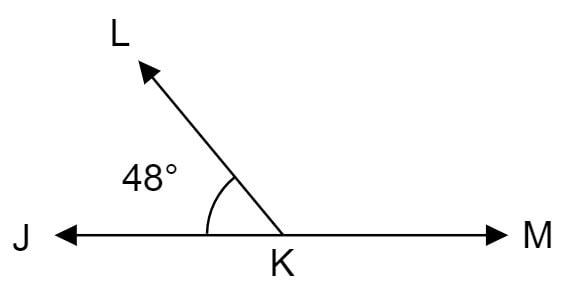 The angle ∠JKM is straight, so the two adjacent angles sum to 180°. 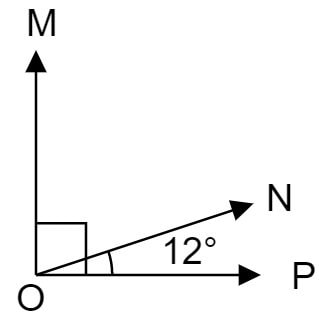 Angle ∠MOP is a right angle, so the two adjacent angles add up to 90°. 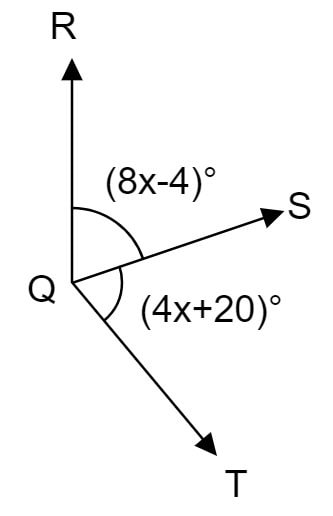 The sum of these adjacent angles

Solve for x using the size of ∠RQT. 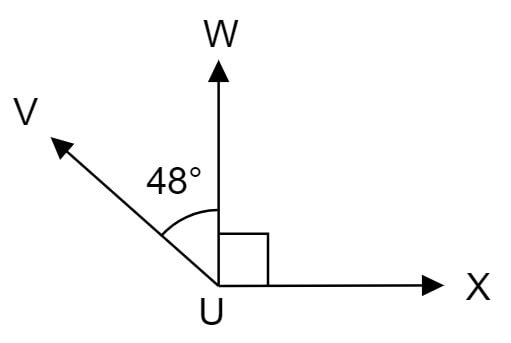 Solve this with the equation for ∠VUX. 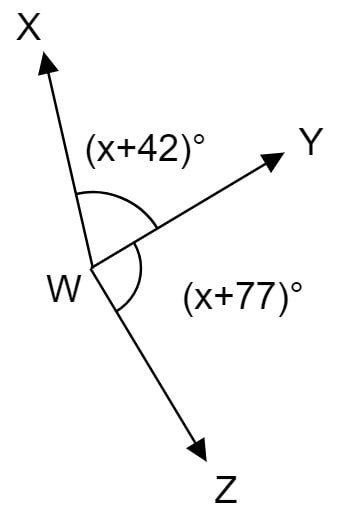 Form the equation using the postulate.

The sum of the two adjacent angles is:

From the question, you know the angle ∠XWZ is 95 so: 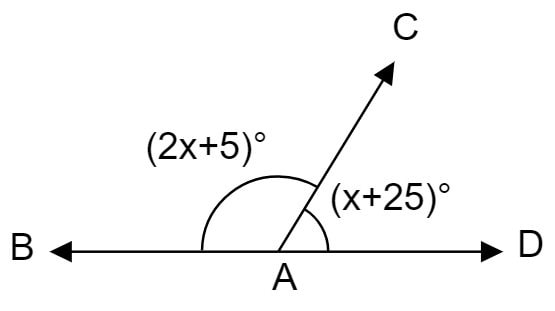 Using the formula ∠BAD=∠BAC+∠CAD, you can solve:

Substitute this value of x into the equation for ∠CAD. 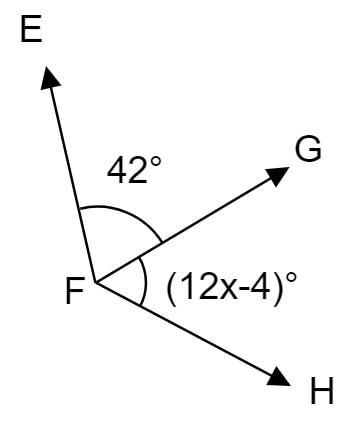 Find the sum of the two adjacent angles.

Using the equation given for ∠EFH:

Substitute this value of x into the equation for ∠EFH. 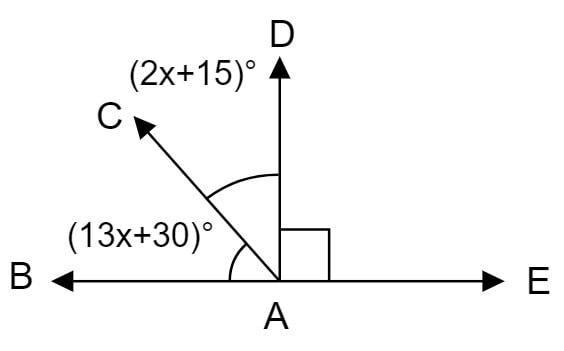 Rearrange and solve for x.

Parts of The Angle: A Brief Refresher

An angle is formed when two lines or rays meet at the same endpoint.

The symbol ∠ can be used to represent angles. The angle below is written ∠ABC. 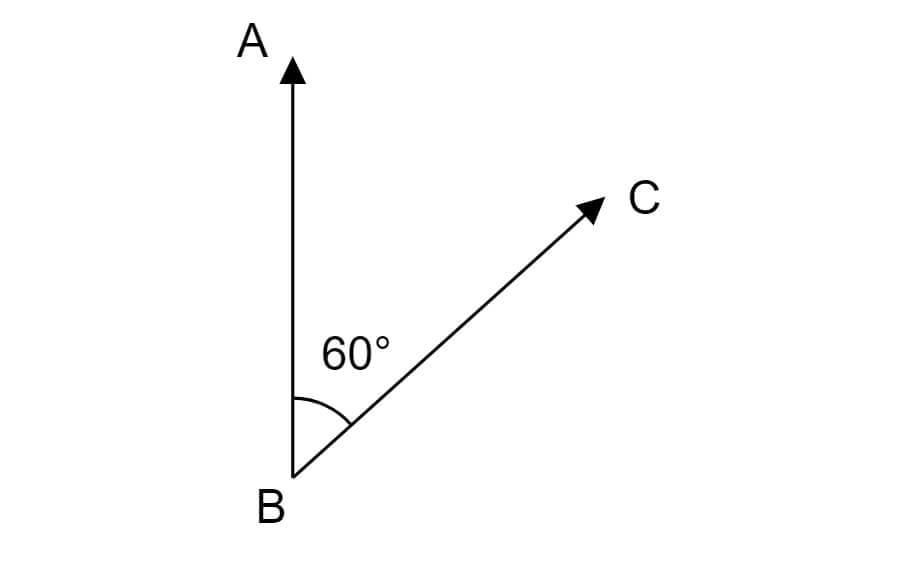 Angles are usually measured in degrees, which are represented by the symbol °. We would write the name and size of the angle above like this:

BA and BC are the sides of the angle, also known as rays.

B is the common vertex – the point they share between the sides BA and BC.

Important: when naming an angle, the middle letter must be the common vertex.

The last definition you need before moving on is for adjacent angles, which share a side and a vertex.

Here is an example: 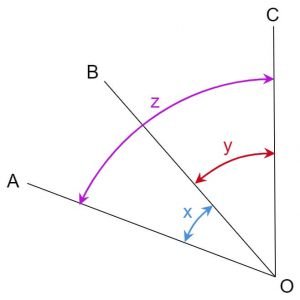 See how the angles share the vertex, O, and the line in the middle, OB.

The angle x can be shown as ∠AOB.

As you can see, it doesn’t matter which order you put the letters in, as long as the common vertex is in the middle, “O” in the case above.

By making two angles adjacent, you can find their resulting angle by adding the two original angles.

This can be applied similarly to finding the sums of line segment lenghts.

You also saw how to define and recognize adjacent angles, which is important in applying the angle addition postulate.

For more help and lessons, head to the homepage.

For now, hopefully, you feel confident in finding the total of adjacent angles. Post your answers to any of the challenges or leave any questions in the comments below!